Coronavirus: Why it’s so deadly in Italy 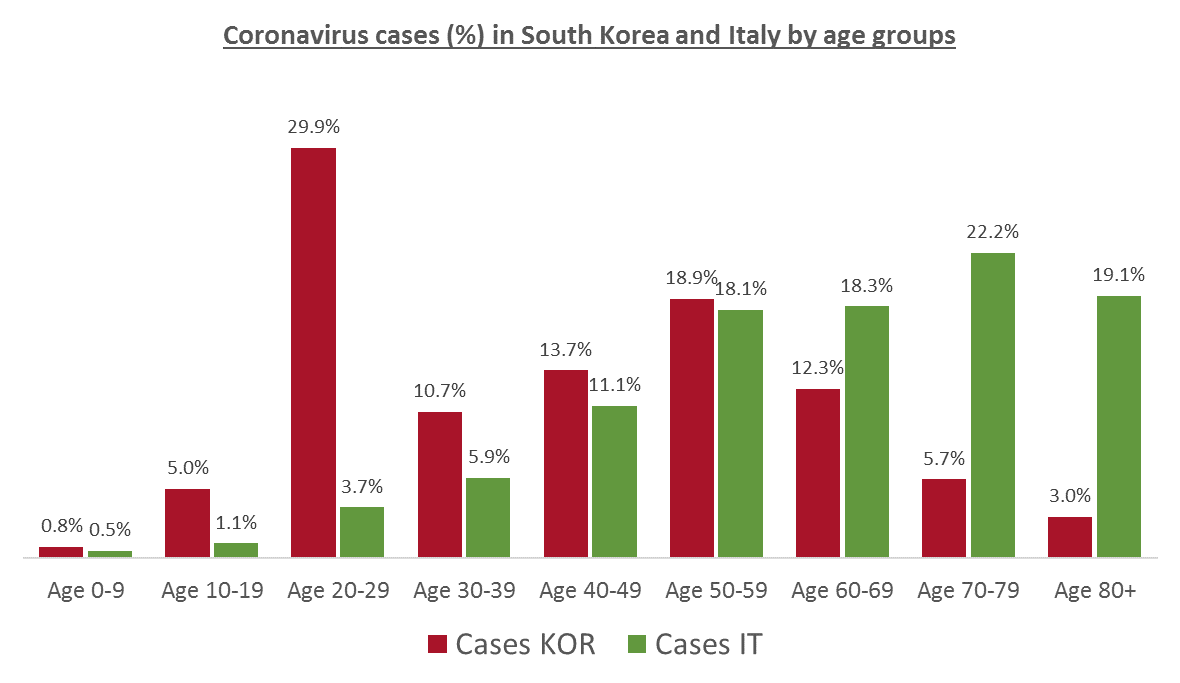 Coronavirus: Why it’s so deadly in Italy

Demographics and why they are a warning to other countries

I thought this was super super interesting.

It is interesting, scary too considering the comparatively better provision of the Italian healthcare service vs the NHS. Pretty striking how there is such a disproportionate number of young sick people in S Korea. The megachurch/sect &or testing regime explanation rings true, I guess.

I spoke to a mathematician friend a few days ago about how demographics affect our projections, specifically the fact that estimating total untested cases from the death rate relies on a bit of weighting according to the death rate in different age groups. For instance, if there were 100 deaths and they were mostly under 40yrs then the ‘invisible’ infections would be many many times more than if most of the 100 deaths were the very elderly. But their take was that the time spent modelling this would be better spent explaining the concept of exponential growth, since this has more fundamental value and the question of death rate age weighting becomes less significant as more deaths happen and the stats become more representative by themselves.

Also, I think the author is running the risk of a classic macroeconomic error in perhaps thinking too much about rates and ratios and losing sight of the absolute numbers. For instance it would be quite easy to ‘improve’ the CFR by interventions which just increase the number of young people infected (eg. keeping workplaces open until the last minute), or even the number of young people tested.

One more thing, I’m sorry to see that most reports on case fatality rate don’t emphasise the fact that looking at the ratio of deaths to all closed cases exaggerates the ‘real’ FR. To reiterate: a case may be ‘closed’ by death, which happens comparatively soon and definitively; or by recovery, which takes time (weeks?) and is a judgment call - when is someone truly ‘well’ again? So the ratio of death to ‘closed’ cases overestimates it, and the ratio of death to ‘open’ cases underestimates it (because some who are sick will die). But in the final analysis the two converge to the same point. Everyone ‘knows’ this but it’s worth reiterating because otherwise we run the risk of being reassured by the natural decline of the CFR in the second half of the outbreak when there is still a good deal of work to be done. Tomas Pueyo had a good stab at visualising this in his mega article: 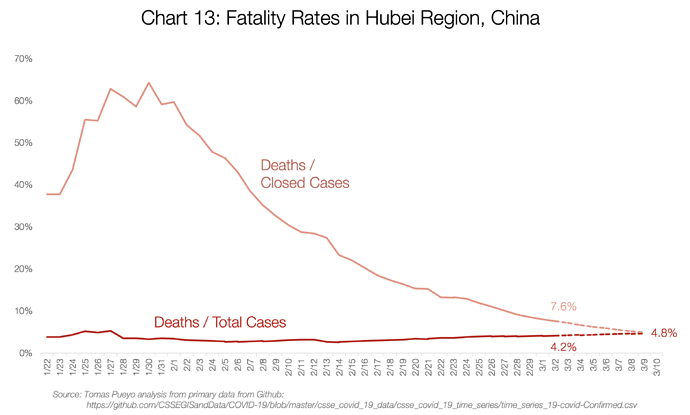